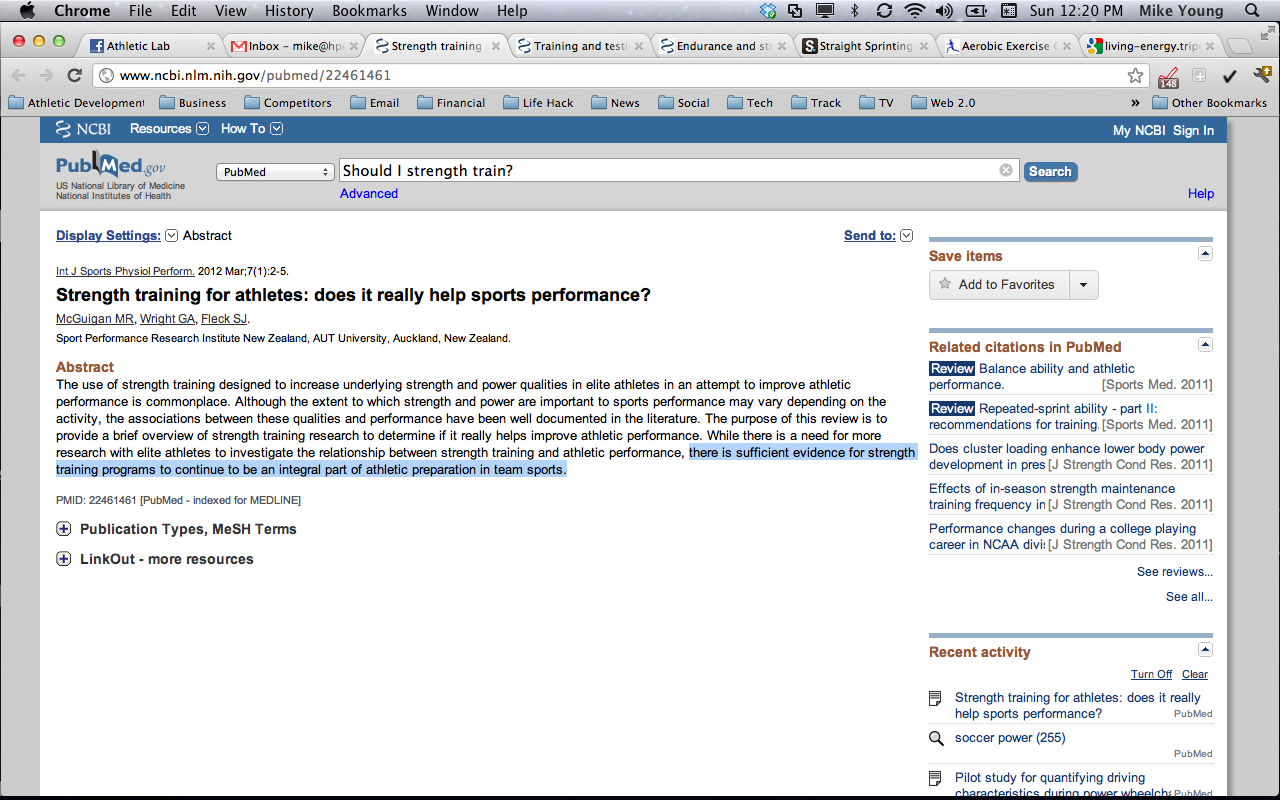 I had a very brief discussion with a couple guys on the club today about strength training. One of those guys, who is currently limited to the type and intensity of resistance training he does, made the comment that he used to do a lot of lifting but when he was forced to stop in his late 20s, he didn’t notice any dropoff in his game. Does this mean that the strength training didn’t have a positive effect in the first place? Hardly.

One of the primary roles of strength training for an athlete is neuromuscular efficiency. Loaded exercise, especially of the lower extremity in movement patterns resembling those observed in sport, teach neuromuscular coordination which produces benefits on movement efficiency and running economy as well as decreases the likelihood for injury. Because many of these adaptations are neurological in nature (rather than dependent on the morphology of the muscle) the benefits are not short lived when there is a cessation of this type of training. ?In a nutshell, while there’s certainly a benefit to continuing strength training throughout a players career for other reasons, even a little strength training early on in an athlete’s career can have long standing benefits due to adaptations that positively effect neuromuscular efficiency.

[NB- I haven’t forgotten about the Player Monitoring Series…I just got a little tied up with other things and will be returning to it shortly]
The following two tabs change content below.