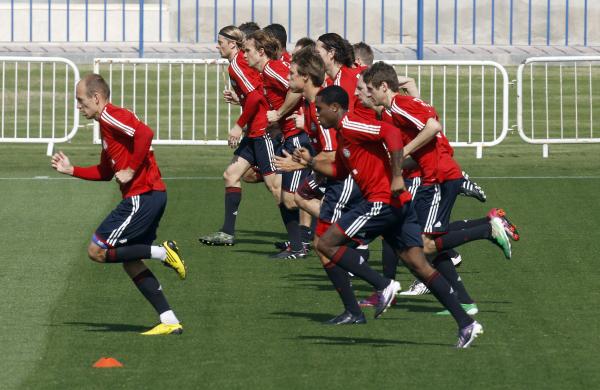 I recently did an interview for Empowered Athletes, a soccer training website and was asked a question about my top 3 training points for soccer players. Here’s a link to the interview as well as the question and answer….

If you could only give 3 pieces of physical training advice to a soccer player to help them improve their performance, what would they be?

Let me preface my answer by stating that it really depends on the level of player we?re talking about. The things that are most important for a youth player may be dramatically different than an EPL player at the tail end of their career. That?being?said, here?are?three things?that I think players of all?levels can benefit from: 1) focus on speed-related qualities?once fitness has been established, 2) don?t ignore best-practices for physical development of quantitatively assessed physical performance oriented sports, and 3) be willing to work without the ball. I?ll elaborate on each point individually.

First of all, speed development should be a?multifaceted process and?in my opinion, many in the sport do not do it very well. There?s a general neglect of the necessary rest intervals and limited volumes?that are?needed?to effectively train speed. Also, many either overlook the importance of running mechanics?to?speed, feel that they are innate and unchangeable?or?they?don?t feel they?re appropriate for soccer players. In my opinion, all of these things need to be addressed?in order?to get the most out of your innate abilities.?While many see the ability to change direction, move laterally or?keep?up work rate?over 90 minutes of continuous play as being the most important physical factors factors for the game, I think?speed kills in soccer just as it does in other sports and recent research is backing this up. It?s no use to have the stamina to jog around the pitch for 90 minutes?or?to?turn on a dime if you aren?t capable of the mostly linear high intensity sprints that most often decide?the outcome of?games.

Secondly, I see many in?soccer ignore the time tested, research backed?best-practices?for physical development that have come from more quantitatively assessed physical performance oriented sports (like track and field, rowing, weightlifting and swimming). Instead,??sport specific? methods are?used that ignore that human physiology and stimulus-response adaptations between athletes is more similar than it is different. I?think this?problem?exists because?highly skilled player can hide their sub-optimal physical development and think that what they?re doing is either sufficient or adequate when?they could?often be even better than they are if appropriately trained. The biggest violations of this are the exclusion of traditional running workouts without the ball,?de-emphasis?on traditional strength training?and the over-reliance on training gimmicks (bungee cords, mini-hurdles, and ladders) for physical development.?So, while I fully admit that soccer truly is a unique animal in many regards, that doesn?t mean?that?general principles for physical development should be ignored. I think it?s very important to learn from, and?where possible, employ the best-practices of athletic development in other sports where athletic development IS the sport.

Lastly, for whatever reason, I?ve noticed many soccer players seem to hate doing any physical preparation that doesn?t involve the ball. I?d say?that is true to a far greater extent than athletes in most other sports I?ve worked with. While I agree that the ball definitely needs to be included in physical preparation, there?s also a need to recognize that the ball can actually be a constraint on pure physical development.?It?s important to sometimes do the running, plyometric?and strength training that doesn?t involve the ball if you want to most effectively train the physical qualities that can make such a big difference in games.