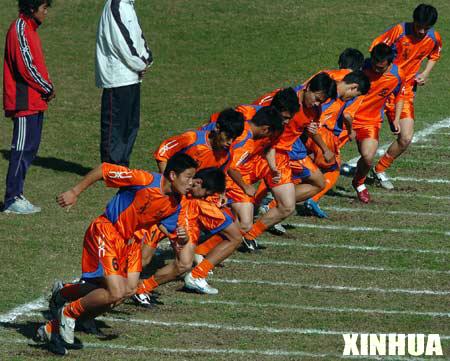 Why we use YoYo IR2

I’ve used a variety of endurance tests with soccer players to assess fitness including the traditional bleep / beep test, the 6″ run test, the Cooper test, and the YoYo Intermittent Recovery 2 (YoYo IR2) Test. There are many more including the YoYo IR1, YoYo Intermittent Endurance 1 and 2 tests, Synthesis test, V02max tests, and many more. Some coaches have even made their own in-house variants. While most of these tests assess roughly?the same qualities and there is significant correlation between them, they are definitely distinct tests and not redundant measures of ‘endurance.’

With so many options, here’s why I choose the YoYo IR2 for my club:

The test is a valid measure for performance in soccer. The same can’t be said for other tests of fitness.

The test had a high reproducibility and sensitivity, allowing for detailed analysis of the physical capacity of athletes in intermittent sports. Specifically, the Yo-Yo intermittent recovery test was a valid measure of fitness performance in?soccer. During the test, the aerobic loading approached maximal values, and the anaerobic energy system was highly taxed. Additionally, the study suggests that fatigue during intense intermittent short-term exercise was unrelated to muscle CP, lactate, pH, and glycogen.

Why do I prefer YoYo IR2 over YoYo IR1?

The Yo-Yo IR level 1 (Yo-Yo IR1) test focuses on the capacity to carry out intermittent exercise leading to a maximal activation of the aerobic system, whereas Yo-Yo IR level 2 (Yo-Yo IR2) determines an individual’s ability to recover from repeated exercise with a high contribution from the anaerobic system.

The elite game, while still hugely aerobic, has a significantly higher intermittent anaerobic component than at lower levels of the sport.

Why is it more appropriate as a measure for performance in ELITE soccer?

This study demonstrates that the Yo-Yo IR2 test is reproducible and can be used to evaluate an athlete’s ability to perform intense intermittent exercise with a high?rate?of aerobic and anaerobic energy turnover. Specifically, the Yo-Yo IR2 test was shown to be a sensitive tool to differentiate between intermittent exercise performance of?soccer?players in different seasonal periods and at different competitive levels and playing positions.

In addition to these points there is quite a bit of normative data on players across different levels of the sport which I think is important since I am making test selections not just for our first team but also our youth Academy teams and the goal is to have all players using the same test measures since the goal is to get as many as possible to the elite level.

I’m curious to hear choice selections from other fitness coaches so please post thoughts to comments.