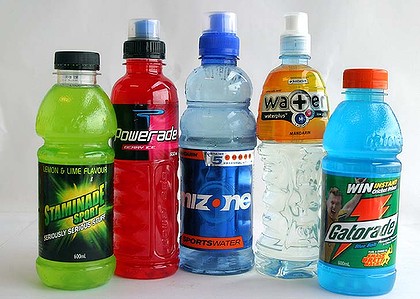 Muscle glycogen is probably the most important substrate for energy production, and fatigue towards the end of a game may be related to depletion of glycogen in some muscle fibers (1).?This brings to light the depletion of energy substrates over time.??In a ninety minute soccer match, this needs to be managed so the players have energy reserves to utilize in the latter minutes of the match.

In-game recovery is important because glycogen levels can be depleted after only 15- to 30-minutes at intensities of 90% to 130% (2).??In-game recovery is a little trickier to manage since it has to be addressed in the fifteen minute half-time.??Players that need the most replenishment are on the field for a majority of the 90 minutes. Orange slices can be a common go-to replenishment method as we see with the younger teams, but there are better ways to address this.

To tackle this issue, players should have some form of simple carbohydrate that can be readily metabolized at halftime. Simple carbohydrates will help raise blood glucose and restore glycogen levels. This can come in forms of carbohydrate gels, fruits (mainly bananas), or candy, such as pixie sticks that contain dextrose or maltodextrin. This can help ensure that the players are replenished for the second half of play.

It is worth to mention that you should not introduce new products or nutrients to a player?s digestive system, especially during a game. These new nutrients may have a negative impact on performance, due to bad reactions such as a stomach-ache. Rather, play around with these variables in the off season, if possible. But, every player should have some type of recovery means during games.