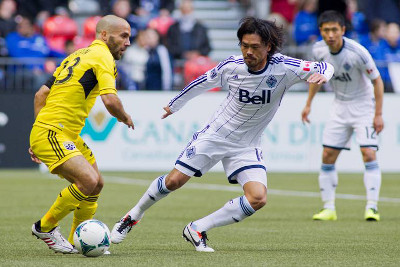 To design an effective training program for any sport, you first need to have an understanding of a few key aspects. When working with athletes, using a cookie-cutter training plan won?t do. This is where having past research on the sport can be a huge benefit. In some cases pushing the envelope on athletic development is necessary, but it?doesn’t?all have to be trial and error on the coach?s end.

This four part series will look at?Vern Gambetta’s outline of the sport analysis model?in his book ?Athletic Development: The Art & Science of Functional Sports Conditioning?. With a step by step process, this model can be a great starting point to understand the needs of an athlete(2).?Even if you don?t coach soccer athletes, this model can be transferred nicely to any sport.?Here’s the first process in the sports analysis model.

Analyze the demands of the sport:

The demands for every sport are different. Even different levels within the same sport can be dissimilar. The need to look at details is important. How long are the halves, how large is the playing field, what are the movements associated with the sport? Here are a few differences between high school and professional soccer matches that would fall under this umbrella and need to be considered:

While high-schoolers and professionals are playing the same sport, they?re not playing the same game. The professional game is ten minutes longer than the high school game. Those ten minutes have a huge impact on the game as they will have to have a higher level of fitness to finish the longer halves. The ability to substitute players in and out at a coach’s leisure means players have the ability to fully recover on the sideline and reenter the game whereas professional players rarely have the?opportunity?to fully recover from high intensity sprints. There are additional differences than what I listed, but these few should show how subtle differences can directly change the complexity of the game.

As research supports this (1), Vern classifies soccer as a ?transition-game sport? or a sport that requires a series of efforts of varied intensity that occur in random patterns. Soccer training is undoubtedly different than a ?sprint sport? that requires you to run a set distance in the fastest time, such as a 100m dash and different than an ?endurance sport? where an athlete would run at a sub-maximal tempo for a given distance. While the qualities that both types of athletes would need to posses are needed by soccer players in some capacity, it?s the percentage at which both are needed is what is important.