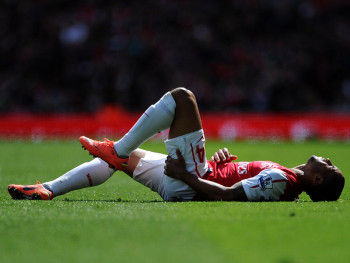 Injuries are bound to happen. It’s the nature of sport. You push your body until your body pushes back. In sport, the hamstring muscles undergo major forces during sprinting, jumping, kicking, etc. Soccer is no exception to this. ?Many studies have targeted this issue and have tried to pin point how to reduce injury rate and injury?recurrence?in elite soccer athletes.?Much of this research has looked at?strength?training, specifically developing eccentric hamstring strength, as a means to do this.

This study looks at the relationship between muscle injury and unilateral strength deficiencies. Could normalization of strength imbalances reduce the incidence of hamstring injuries?

Methods:?A standardized concentric and eccentric isokinetic assessment was used to identify soccer players with strength imbalances. Subjects were classified among 4 subsets according to the imbalance management content. Recording subsequent hamstring injuries allowed us to define injury frequencies and relative risks between groups.

The 5 top men’s soccer divisions in Denmark were also analyzed. The intervention group completed Nordic hamstring lowers in a defined set a rep protocol as a means to develop eccentric hamstring strength. In this study, a hamstring injury was defined as any acute physical complaint in the region of the posterior thigh sustained during a match or training.

On top of this staggering number initial injuries, the rate of recurrence is 25% to 62.5% for the eccentric hamstring group to the control group, respectively. Even if a hamstring injury occurs concurrently with strength training, there is a huge reduction in risk of reinjury.

Body weight exercises, like Nordic hamstring lowers, can provide a stimulus to strengthen the hamstrings, but there is a point where body weight exercises can become relatively easy. Implementing a holistic approach, using body weight and weighted exercises like deep squats, lunges, step-ups, can help provide the stress needed for the adaptation of the musculature to occur, in turn, reducing injury.