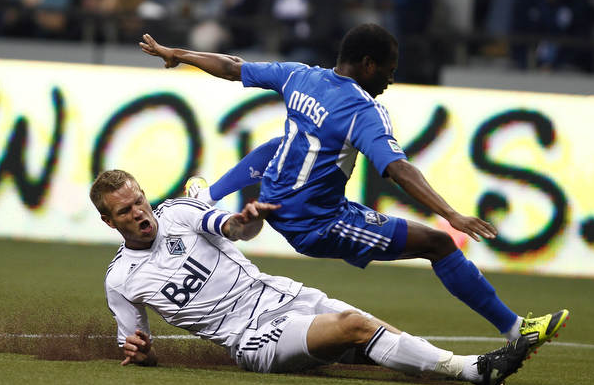 The two energy systems that are quite often trained during field training are the aerobic and anaerobic alactic systems. Although these two systems are dominant in match play, the anaerobic glycolytic?system does play a small role when we look closer into the match. For this reason, some training should be devoted to developing this system as well as the anaerobic alactic and aerobic systems.

According to Figure 1, ~80% of the match is spent standing, walking, and jogging. While this represents a majority of the game, the other ~20% of varied intensity sprints is generally when a majority of the goals are scored. Think of it as the Pareto principle (the 80/20 rule) – 20% of movement on field yields 80% of the goals (although, it is likely to be a larger differential than 80/20, but you get the idea). Having the ability to perform these high intensity runs through match completion is important to capitalize on every scoring opportunity.

So where does the anaerobic lactate system fit in? 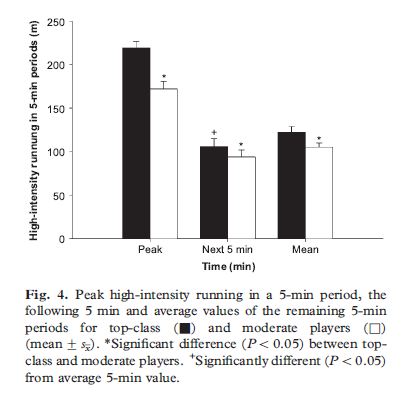 Addressing this specific type of fitness can be beneficial to increase buffering capacity of hydrogen ions (H+) that can accumulate during ?brief bouts of repeated sprints. This can easily be included in training through small-sided games, tempo runs, or other varying modes.