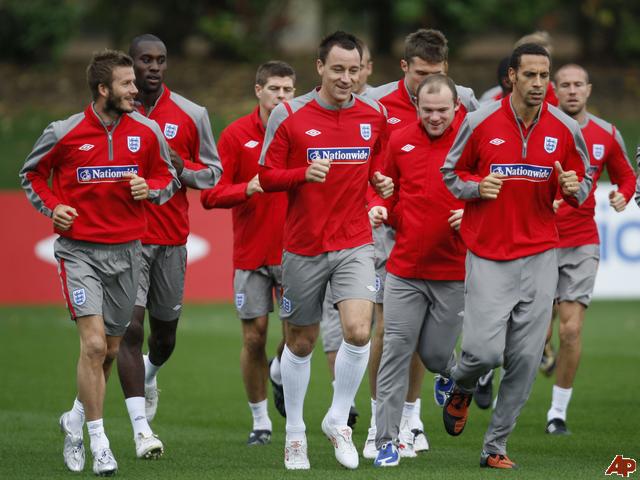 Effects of Extended Rest and Cold Temperatures on Performance

When it comes to match day there are a ton of variables that can effect the outcome. The two presented in this study (temperature and time delays) can have a direct impact on performance of individual players and the team.

In a professional match setting, there will?typically be a 15-30min time period between the warm-up and the start of the first half for pre-game ceremonies. In this time frame the athlete will be sitting and standing with very little movement. Not an ideal scenario when the warmup should prepare the athlete for specific tasks on-field. This delay negates a lot of what was just trying to be accomplished in the warmup.

Air temperature is another factor?that, for the most part,?can not be controlled?(only with a retractable roof or indoor stadium) that can have a negative impact on performance. Cold temperatures are shown to have a negative effect on speed, power, and range of motion. (1)

When playing with a time delay after the warmup?and?in a cold environment, it’s like a double whammy.?This study showed that a 30′ delay in combination with cold temperatures had the biggest impact on performance.

This can have implications for both the starters and players that come off the bench. Starters should try to extend the warm up as long as possible and try to maintain the effects of the warmup throughout the opening ceremony. Extra layers and intermittent movement can aid in doing so.

Players that come off the bench may see the performance decrements from a time delay as well. Not necessarily from the opening ceremonies, but from being on the bench for 60+ minutes before getting the nod. Small intermittent warmups during the game can be an important factor in their ability to stay warm and have an immediate impact on the game when they are called upon to contribute minutes

Athletes often compete in cold environments and may face delays due to weather or race logistics between performance of a warm-up and the start of the race. This study sought to determine, 1) whether a delay after warm-up affects subsequent time trial (TT) performance and, 2) if exposure to a cold environment has an additive effect. We hypothesized that after a warm-up, 30-minutes of rest in a cold environment would negatively affect subsequent rowing and running performance. In a temperate (Temp; 24[degrees]C) or cold (Cold; 5[degrees]C) environment, 5 rowers (33+/-10 yrs; 83+/-12 kg) and 5 runners (23+/-2 yrs; 65+/-8kg) performed a 15-min standardized warm-up followed by a 5 or 30 min rest and then performed a 2 km rowing or 2.4 km running TT. The 5-min rest following warm-up in the temperate environment (5Temp) served as the control trial to which the other experimental trials (5Cold; 30Temp; 30Cold) were compared. Heart rate (HR), lactate, esophageal (Tes) and skin (Tsk) temperatures were measured throughout. Post-rest and post-TT, Tes and Tsk were lowest in the 30Cold trials. The greatest decrement in TT performance vs. 5Temp occurred in 30Cold (-4.0%; difference of 20 sec). This difference is considered to have practical importance as it was greater than the reported day-to-day variation for events of this type. We conclude that longer elapsed time following warm-up, combined with cold air exposure, results in potentially important reductions in exercise performance. Athletes should consider the appropriate timing of warm-up. In addition, performance may be preserved by maintaining skin and core temperature following a warm-up, via clothing or other