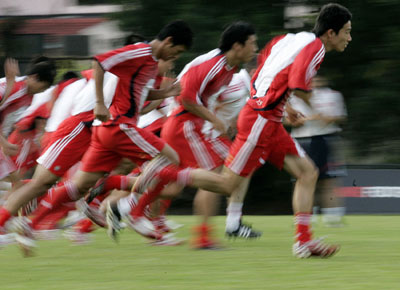 We just finished our end of season testing where we performed a sprint test (30m with splits at 10m, 20m, 30m), various jump tests, and an agility test. Every player is tested at least twice a year with many tested as much as 4x per year. Throughout the year, we also test the YoYo IR2, Repeat Sprint Ability index and body composition. ?Additionally, we monitored work output using MiCoach Elite during small sided games. I’ve heard of some fitness coaches using a very wide battery of tests. The following study indicates that that might not be necessary as the correlation between many of these tests are high.