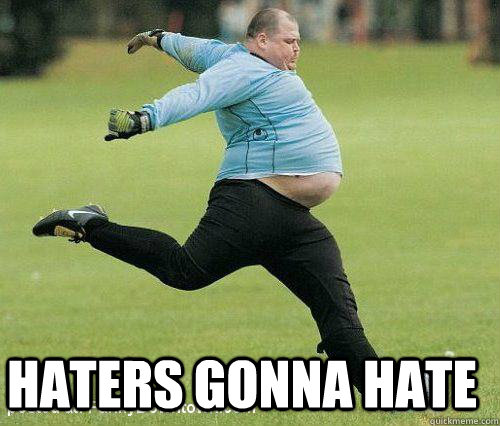 There are over 1 billion people on the planet who are overweight. About a third of those are clinically obese. These numbers have been rising for about 30 years despite the ‘best efforts’ of government agencies and health think tanks. Depending on the reporting agency you listen to, there are about as many people playing soccer as their are clinically obese. So it goes without saying that there are some people playing soccer who are overweight….maybe not so much at the highest levels but in varying degrees you would expect the global obesity problem to trickle down to where there may be plenty of higher level soccer players with less than ideal (albeit not obese) body compositions for their sport. The effects of obesity on health and wellness are well documented. So how does less than optimal body composition effect performance in soccer? While I think we can surmise the answer, the following study provides some support.

Adolescents are in increased risk for the development of obesity, while sport has been suggested as an effective means against adolescent obesity. The objectives of this study were to examine (a) the prevalence of overweightness/obesity, (b) the relationship between body mass index (BMI) and body fat percent (BF), and (c) the association between BMI, BF and physical fitness in adolescent soccer players.

The strong relationship between BMI and BF suggest the further use of BMI in adolescent soccer players. The findings confirmed previous observations in the general population about the negative effect of overweight and fatness on physical fitness. The prevalence of overweightness among participants was similar with what is observed in general population. Therefore, sport participation cannot guarantee physiological body mass and body composition, and it is necessary to prescribe exercise targeting body mass and fat control.

The findings are quite clear. If you want to perform at a high level, excess body fat isn’t going to help. We’ve addressed body composition on this blog before: