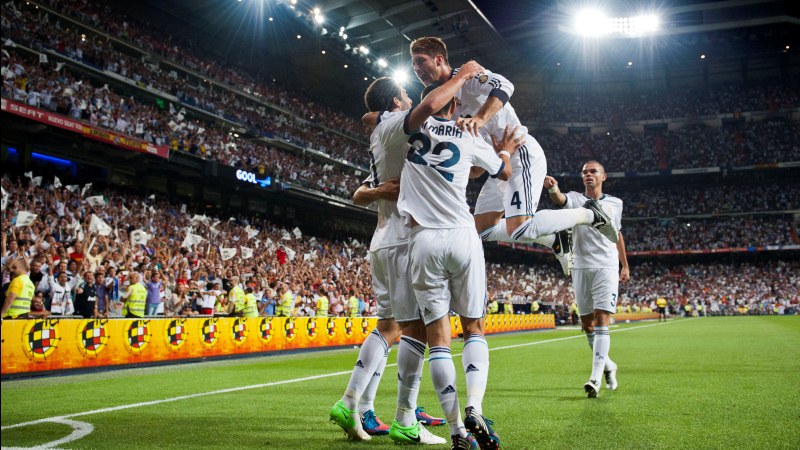 [Breanna Rohde is an Athletic Development Intern at my sports performance training center: Athletic Lab. This will be the first of a series of blogs on the role of periodization in soccer. Breanna interviewed former Portland Timers Fitness Coach John Cone for assistance with this series.] 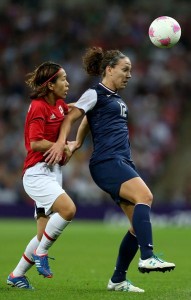 How do we know we are training our athletes to perform at their very best when it comes to match day? Those 90 minutes are what each individual and each team trains for week to week. Do you use the same training session and intensity for each day of the week? No.

What are the variables that we as coaches need to make sure we implement into each training session that will allow us to be confident that our players will be able to compete at their highest intensity come match day? These include duration, intensity, intervals, activity time and recovery time (2). With that being said, it is apparent that training days are going to vary based on these said components in order to achieve the end goal.?It is also important to note, that in order for the team as a whole to perform at its best, it is necessary to ensure that each individual is getting the training they need to improve. The training for those individuals will not be the same because of factors such as different positions, playing time, injuries, etc.

The National Strength and Conditioning Association defines periodization as a method that promotes long-term training and performance improvements, includes preplanned, systematic variations in training specificity, intensity, and volume organized in periods or cycles within an overall program (1). The philosophies of periodization are intricate and lengthy in and of itself. There are multiple factors that decide what periodization method one may use. The length of a soccer season is going to be different than the length of a basketball season. Other factors may include number of games per week, length of?in season and off season, time between games, roster size, length of game/match and the energy demands of the sport itself.

So instead of continuing to be vague in how variable a periodization program can be, I am going to narrow it down specifically to the sport of soccer. Even within the sport of soccer, it is vital to become even more specific in respects to other soccer related components. I will start broad in referencing how periodization is used at the professional level and make my way down to the developmental and youth level of the sport. The culture of soccer in the United States is vastly different than the culture of soccer in Europe. It can be argued that European soccer is much more advanced and proficient in their methods of training athletes to compete at some of the most competitive levels in the world. The USA has adapted and implemented many methods from the Europeans (primarily at the professional level), but it is in my most educated opinion that there is a long way for us to go, to even compare to the same level of competitiveness of the sport.

I have made it my goal and purpose to learn what areas of the sport and periodization of training sessions need to be addressed, questioned, and formulate the best ways to begin changing the culture of youth soccer in the United States. I plan to research current philosophies being used at the professional level in the USA, how it can be trickled down and mimicked at the youth level (while still being successful). I also plan to see what methods are being used in Europe at their academy/youth levels that may not have been put into action on our end, in order to change the culture of youth soccer for the better.

Changing an entire culture of anything takes years and experience to accomplish . First we need to take a look at who we will target in order to progress in fitness periodization.?Here are a list of questions that need to be answered in order to influence the culture as a whole.

I want to end with a simple example that will show why periodization is used to vary training loads to fit a professional soccer team’s week to week goals.
On a typical team, there may be 25 players on the roster. If there is only 1 game played per week, not all 25 players are going to play in that game. Typically, 18 players will dress out for the upcoming game. Of those 18, only 11 will start and play anywhere from 75-100% of the game. That leaves 7 players sitting on the bench. Let?s say the coaches only use 3 of them as substitutions Those 3 players aren?t reaching the same training load the starters are. And the last 4 dressed out, but didn?t see any playing time. Periodization comes in when you have different training loads before, during and after the match. The players that are going to start the game will not have the same training loads as the subs and even the players that didn?t get to simply dress out for the game. The players who played in the game need recovery time after the game, but the players who didn?t play or dress out don?t need that recovery time. This one example just became very complex and is essentially like an algebra equation. If we go back to the definition of periodization, ?a method that promotes long-term training and performance improvements, includes preplanned, systematic variations in training specificity, intensity, and volume organized in periods or cycles within an overall program? (1). We will place the different components of the team into the equation that is periodization in order to get the answer based on the short-term and long-term goals of the overall program.