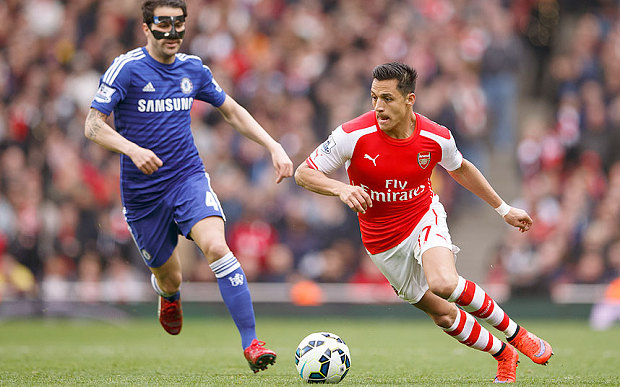 [This is a guest blog by Jamy Clamp. Jamy is an Undergraduate Sports Science Student at Loughborough University, currently Interning at Athletic Lab as a Performance Coach.]

A team is a group of players that come together to achieve a common goal (Kozlowski and Bell, 2001). The common goal is the vital aspect of that definition. Without a common goal, in terms of what the team wants to achieve, they are a crowd, not a team. Teams have an identity, share their purpose and have a structured communication system. 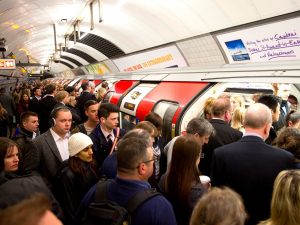 The pictures summarize thispoint perfectly. On the London Underground, London’s predominant transportation network, everyone wants to get on, but very few people talk and the large majority jump off at different stations. The New Zealand Rugby team, however, have a unique identity in the Haka and their black jersey. That identity, in itself, creates a sense of pride and an emotional attachment to the environment. As coaches and support staff, we should want to develop a team that cares about the way that they represent the particular team.

At the core of this topic is Social Learning Theory (SLT). Essentially, SLT refers to the process by which we learn from our friends, family, idols and teammates (Bandura, 1977). Instinctively, we learn as children about what is acceptable and what is not. Within a sporting environment, where social status is often of significant importance, SLT can become a problematic element of Sports Performance. It might not be an immediate effect, but, as a behavior becomes more frequent, the chances of other team members acting in a similar manner increase. For example, one player that doesn?t train with intensity or desire has the potential to not only unsettle teammates, but also suggest that lacking intensity is acceptable. Unsettled teams, generally, don?t perform particularly well (Deeprose, 1995). Then, there is the additional obstacle of a behavior that becomes engrained within the team. Behavior that is deemed the norm is notoriously difficult to change. 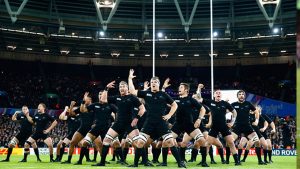 Respect also has a role to play in work rate. The respect and social hierarchy that we give, and we often do just give out respect like it?s a free pen, is integral to keeping a team running smoothly. I highlight the amount of respect we have for people because it?s important to ensure humility is maintained in a team. A lot of players want to be respected, however, it?s essential to remind them that they are an ingredient towards the overall success of the team.

Humility is central to everything that the All Blacks do. Senior members of the squad clean up after themselves and they support new players who have been selected (Kerr, 2013). That is something that Athletic Lab has stressed to us as Interns. Ultimately, not many people are above taking on the unpleasant roles.

Learning from others is not always a negative thing. In almost every team, there is at least one character that younger members of the team idolize and can learn a lot from. Using the All Blacks as an example again, Brad Thorne was one of the Senior members of the 2011 World Cup Winning Squad. He placed significant emphasis on the mantra of ?champions do extra? (Kerr, 2013). That mantra has evidently been carried throughout the younger players, which is part of the reason why the All Blacks continue to dominate International Rugby Union. Again, coaches can capitalize on those characters and give them specific roles that promote leadership.

How can we create a culture that feeds off of work rate?

In summary, work rate is often a by-product of a culture that is built upon standards set, then reinforced by individual team members. Social Learning Theory is a prominent factor in Sports Performance, as we continue to learn and adopt certain behaviours or attitudes. Ultimately, the key to high performance is consistency and committing to a particular goal.