[This is a guest blog from Beau Hains. Beau is pursuing his Masters of Science in Sports Performance at Louisiana Tech University.? He is currently a Sport Performance Coach Intern at Athletic Lab with USAW-L1 and ACSM CPT certifications.] 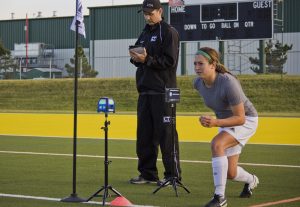 Athlete assessments are an essential component of training, which should be utilized by coaches regardless of the sport.? These assessments are particularly valuable when you are working with an athlete who may be new to you or your system.? A proper assessment will allow you to objectively see where an athlete stands and it should also highlight which areas require the most improvement.? Testing the athlete allows for proper assessment of athletic talent and identifies physical abilities that are in need of improvement (Haff & Triplett 2016).? By identifying the strengths and weaknesses of your athletes, you can then incorporate individual goals that are specific to the needs of each athlete.? The testing should be done during the initial stages of training so that you can then establish a baseline for each athlete which they can improve upon with proper training and periodization.? Aside from the other benefits of athlete assessments, you can also objectively distinguish between the elite and non-elite players by properly assessing your athletes (Reilly, Williams, Nevill, & Franks 2000).

While this article will be primarily geared toward showing the effects of fatigue on soccer related skills and traits, I will also be providing examples of other components of soccer that should be properly assessed.? These other components should include a broad range of physical tests that are relevant to the sport of soccer. However this will not be an all-inclusive list, as the type of test administered will be dependent on available resources and equipment. I simply wish to provide references for validated tests that are relevant to soccer.

Types of Assessments
It should be fairly obvious that sport specific skills with a ball, such as dribbling, passing and shooting will lead to increased performance during a match.? However, the physical condition of an athlete is a critical component that can either enhance or hinder an athlete?s success if they are not adequately trained.? These physical components include speed, strength, agility, power, endurance or any other physical traits that are required in the sport of soccer.? Proficiency with these skills can be of critical importance to the success of an athlete during a competition.

The areas (along with examples) that should be assessed are as follows:
*? ?Maximal Muscular Strength/Power ? PUSH Band (Velocity-based training)
*? ?Speed ? 20m and 30m Sprints
*? ?Aerobic Capacity ? Yo-Yo Intermittent Recovery Test
*? ?Anaerobic Capacity ? 300-Yard Shuttle Test
*? ?Local Muscle Endurance ? 2? Pushup Test
*? ?Agility ? 5-10-5 Pro Agility Drill
*? ?Body Composition ? In-Body 770 (Bioelectrical Impedance Analysis)
*? ?Flexibility ? Sit-and-Reach
As mentioned previously, this is certainly not an all-inclusive list, but these are areas that should definitely be assessed in order ensure that the athletes are addressing their individual needs for improvement.? Most of the tests that have been included are fairly affordable and relatively easy to administer. 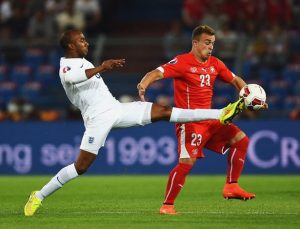 Being proficient with either ball skills or physical conditioning is not enough in order for most soccer players to be successful on the pitch.? Lacking in one area will ultimately lead to a lower threshold for improvement in the other.? For example, exceptional dribbling skills can be hindered during a performance if the athlete does not have the speed and agility required to accelerate past his opponent after he is beaten.? The same can be said for other physical qualities as well, which leads us to fatigue.

Fatigue occurs when exercise continues to the point that it compromises the content of the liver and muscle glycogen (McArdle & Katch, 2010). ?This can be caused by various types of exercise such as short-term, high-intensity exercise or prolonged, submaximal exercise which can lead to a decreased level of force production from the muscles.? Muscular fatigue can be further defined as ?a reduction in maximal force production of the muscle? (Powers & Howley, 2007).

Exercise-induced fatigue has shown to have negative effects on sport specific soccer skills such as passing and shooting (Russell, Benton, & Kingsley 2011).? Russell and colleagues conducted a study which indicated that shooting accuracy decreased by up to 25.5 ? 4.0% and passes were 7.8 ? 4.3% slower after match simulated fatigue was induced.? These findings indicate that fatigue will begin to effect player performance as the match progresses, which should come as no surprise.? There are other studies which support these findings as well, such as the study conducted by Olcay Mulazimoglu, which indicated that there is a significant correlation between the increasing fatigue levels and passing accuracy of players (Mulazimoglu, 2014). 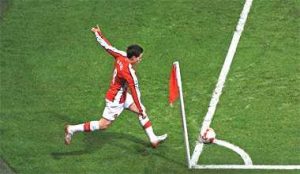 As a coach, it is our job to train the athletes for optimal performance during competition and this process should first begin with assessing the quality of the athlete.? Knowing the quality of your athletes is essential if you wish for that quality to improve.? If an athlete possesses exceptional skills, which consist of only ball skills or physical skills, then they will certainly not produce peak level performances.? The effects of fatigue are certainly not limited to just skills with a ball as they will also hinder other qualities such as speed, power, and agility.? As such, it is important to incorporate the proper training methods to resist the onset of fatigue so that optimal performances can be maintained throughout the course of a match.