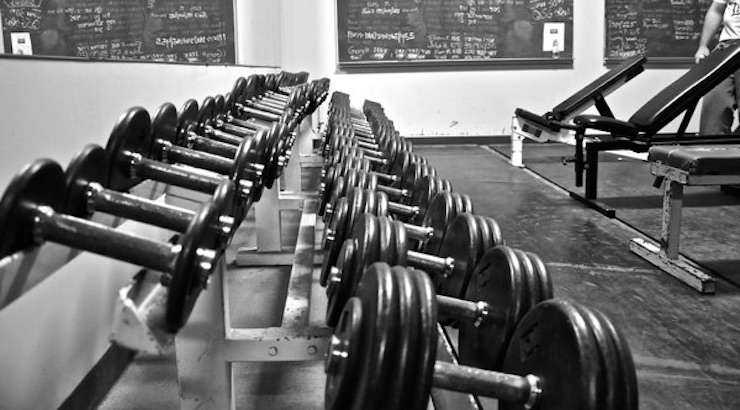 [Christopher Connelly earned his Masters Degree in Exercise Science and Nutrition from Sacred Heart University where he competed for the D-I Track & Field / Cross Country team. Chris is currently an Athletic Development Intern at Athletic Lab]

Many sports require a unique skill set in order to be successful and compete at a high level. Soccer is no exception. Sport-specific technical and tactical skills are highly important along with strength, explosive power, speed, and endurance (Rampinini et al, 2007, Impellizzeri et al, 2008). Strength and power specifically needed to be able to rapidly produce force for jumping and sprinting (Rampinini et al, 2007). Speed and endurance are needed to have a high level of repeat sprint ability (Impellizzeri et al, 2008). Of these aspects of soccer training, some are up to the sport coach and what they do with their team during practices. The other aspects, mostly strength and power, can be focused on during their off-field training (Strudwick and Walker, 2016).

The development of strength is based off of progressive overload by changing the levels of volume and intensity for training sessions and blocks. This is normally achieved by increasing resistance or changing exercise tempo. The length of a strength training block should be athlete specific, but the exercises along with prescription of repetitions, sets and tempo should be changed after six to eight weeks to keep the athlete adapting to the training stimulus (Strudwick and Walker, 2016). The level of strength is highly important for developing power, which is vital for improving the performance of explosive movements on the field. Table 1 is a layout for a strength program that is structured similar to what Strudwick and Walker (2016) suggested, but involves the whole body rather than just legs.

Power can be developed through training different parts of the force-velocity continuum (Fig. 1). This shows the relationship between the level of force developed versus the rate at which it is developed and how it changes the characteristic and training stimulus. The different levels are strength, strength speed, speed strength, and speed. Developing power through strength is good for vertical jump power, speed, and the ability to change direction. This route is particularly good when working with younger or less developed players because they can make greater gains in strength that can be used to increase power. When trying to build strength, it is important to use loads that are at a high percentage of an athlete?s one repetition maximum (1RM). This should be tested so the training loads and intensities can be more accurately prescribed (Strudwick and Walker, 2016). If the athlete has little experience with strength training or if it is difficult to fit testing into the program due to the soccer schedule, velocity based training or a three repetition max could also be used to prescribe intensities.

Strength speed is the ability to execute a movement quickly but still against a relatively large external resistance which can be anywhere above 30% of an athlete?s 1RM. This usually is done through Olympic lifts and their derivatives. When using Olympic lifts with these athletes, using the hang position is usually best because it is easier to learn and will train the second pull which is where the greatest power is produced (Strudwick and Walker, 2016). Although this is where the greatest benefit lies, there is still value in using pulls from the floor depending on the time of year.

Speed strength is the ability to execute a movement quickly but against a relatively small external resistance which can be anywhere below 30% of an athlete?s 1RM. Exercises commonly used for this type of training is squat jumps, loaded countermovement jumps, resisted sprints, and medicine ball work. This type of training is great for improving rate of force development which is an important characteristic of power and soccer specific movement (Strudwick and Walker, 2016).

Speed can be trained through plyometric exercises such as repetitive jumping, hopping, bounding, and depth jumps. Before incorporating plyometric training with athletes, they should demonstrate good landing mechanics and eccentric control. Once the athlete can show this, the volume and intensity of this training should be carefully progressed as to not put the athlete at an unnecessary added risk of injury. This training, when performed correctly, can help athletes reduce their risk for ACL injury, which is particularly important in females because they are at higher risk (Hewett et al, 2005).

Depending on the athlete?s specific needs and current state of fitness and fatigue, the focus on different forms of power development will change. For example, if an athlete lacks in the ability to be powerful under a load, then they would spend more time on strength speed and speed strength based exercises.

The challenge with programming for soccer players is with their schedule throughout the year. Depending on the level the athlete is competing at, they may have games through the fall and spring. This means they amount of time they spend in season is large so the strength training must be carefully planned around this.

The goal of preseason training is to increase soccer-specific endurance and improve whole-body strength. Strudwick and Walker (2016) believe the strength sessions should be planned on days when the on-field sessions are lighter but this may not be possible. This would be best for avoiding interference between training stimuli and getting the greatest benefit from the strength training. If the strength sessions must be on vigorous on-field days, the goal should be to have the time between the on-field sessions and off-field sessions be as far apart as possible and make sure the athletes are following sessions with good nutrition and recovery strategies (Strudwick and Walker, 2016). Depending on how the strength training is programed, it may be better in the long run to have strength sessions on the same day as hard on-field sessions, especially closer to and in the competitive season. This would make the high intensity days very hard but will allow for greater recovery on the other days because the intensity is now much lower. Over time this may lead to higher benefit from training stimuli and better recovery than if the hard on-field and off-field sessions were on opposing days where the fatigue is more frequent.

The goal of in season training is to maintain optimal on-field performance and avoid injury (Strudwick and Walker, 2016). The off-field sessions and training loads will be dictated by the schedule of matches. During this time, the athletes will be exposed to accumulating levels fatigue so careful programming is needed (Yule, 2014). The frequency, intensity, volume and duration of sessions will have to be manipulated in order to continue to develop the athlete?s ability to perform high-intensity exercise repeatedly. The training sessions should differ between athletes that have different amounts of time played in matches. For athletes that are playing a lot of minutes in matches, their training should follow a more nonlinear, undulating periodized design. Players that don?t play as much time in matches are not exposed to the same levels of fatigue so they could follow a program that is more linear and less undulating (Strudwick and Walker, 2016).

Figure 3 and 4 are sample week layouts for an athlete that is playing in one or two matches per week.

Strudwick and Walker (2016) suggest sessions strictly focused on leg strength, leg power, and upper-body and torso strength. I believe having sessions that are still whole-body but have an emphasis on these themes would be more beneficial and would allow for a better distribution of stress on the body. Table 2-4 show my sample in season programs for each emphasis.

The strength and conditioning coach should develop good relationships with their athletes in order to ensure buy-in from the athletes and have high adherence do the program. When possible, assessment of the athletes during the competitive season is important to track whether they are maintaining strength and fitness or not. Ideas of an athlete?s current strength and fitness will allow the coach to assess how well they are adapting to the training. This will allow for more accurate monitoring of the athletes and allow for more accurate programming going forward.