It’s time to rethink your agility training by Ivan Juki?

[Ivan Juki? is finishing his Master’s degree at the University of Zagreb, Croatia where he also works as a personal trainer and S&C coach for soccer. He is currently an Applied Sport Science Intern at Athletic Lab.]

Most sports played on the field demand extremely fast movements of the whole body, which are in most cases performed in response to a movement of the ball, a rival or a teammate. This crucial component of an athlete?s performance is usually referred to as agility. For example ?invasion? sports involve opposing teams attempting to invade their opponent?s territory to enhance scoring opportunities. Gaining and maintaining possession of the ball is crucial for an attack, and defending is important to prevent the opposition from scoring (Spittle, 2013). Invasion sports include all football codes, basketball, netball, European handball, lacrosse, and field- hockey. Additionally, in invasion sports, agility skill is beneficial to attackers to evade their opponent?s pressure or tackles, and for defenders to reduce space on the field or court to limit attacking movements, or potentially achieve a turnover. So are we testing and training it correctly?

Agility development is one of a strength and conditioning coach?s tasks; however, we still don?t have a clear understanding of agility?s definition. Agility has classically been defined as simply the ability to change direction rapidly (Bloomfield, Ackland, & Elliot, 1994; Clarke, 1959; Mathews, 1973), but also the ability to change direction rapidly and accurately (Barrow & McGee, 1971; Johnson & Nelson, 1969). In more recent publications, some authors have defined agility to include a whole-body change of direction as well as rapid movement and direction change of limbs (Baechle, 1994; Draper & Lancaster, 1985).

The differences in definitions of agility could be due to different authors? perspectives and fields of science they are engaged in. A more comprehensive definition of agility should consider physical demands (strength and conditioning), cognitive demands (motor learning) and technical skills (biomechanics) involved in agility performance.

This can be a problem because biomechanists might view agility in terms of mechanical changes included in a body position altering. A sport psychologist observes agility in terms of processing the information involved in visual scanning, decision making, responding to an external stimulus, as well as in terms of processes that occur during learning and retaining specific motor skills. Strength and conditioning trainers observe agility from the aspect of motor skills required for a quick movement direction change. The differences seen in definitions of agility could simply be due to the perspective of various authors like the one from Chelladurai (1976). In his particular theory, pretty much everything could be characterized as agility. 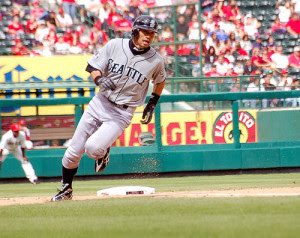 On the contrary, Young, James and Montgomery (2002) presented a comprehensive classification of agility. Even though it?s been more than a decade since then, we can still see a lot of practitioners in S&C field using the terms COD (change of direction) and agility interchangeably. As you can see in figure 1, they addressed multiple factors that should be considered when talking about agility. Therefore, we can conclude that both COD and agility are isolated rather than the same skills. In addition to their classification of agility for running sports, Young et al. (2002) included the term ??change of direction speed?? (CODS) not only as a component of agility, but also to describe movement wherein no reaction to a stimulus is required. In other words, some conditioning exercises could be classified as change of direction speed exercises (sprints with changes of direction), while others could be classified as agility (sprints with directional changes in response to a stimulus).

To be more precise, we should say that change of direction speed is a factor that underlies agility like the above-mentioned authors stated in their paper (2002) together with perceptual and decision-making factors. CODS was in-turn determined by technical factors such as stride adjustments, physical elements such as straight sprinting speed and leg muscle qualities, which include strength, power and reactive strength. CODS activities are ?closed skills? that involve pre-planned movements. For example, a CODS activity in sport is base-running in baseball where the batter runs a pre-determined distance before changing direction at an angle governed by the diamond. This is the case with a lot of ?agility? tests too which is beyond the scope of this blog topic. Mentioned ability to pre-plan the skill, although requiring decision making, does not involve a response to a stimulus. From a cognitive perspective, this type of activity is referred to as a closed skill (Cox, 2002; Murray, 1996). 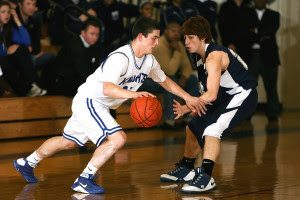 It is important to differentiate previously described baseball activity from a basketball player leading an attack, visualizing all the options he has at the moment, in order to score, while encountering various movements from defenders. This is important because the basketball player doesn?t know what is he going to do until he gets stimulated by either his teammates or opponents? movements, which makes it more ?agile? and therefore an ?open skill?.

?Open skills? require athletes to respond to sensory stimuli in their surroundings, and the response is not an automated or rehearsed response (Cox, 2002). For example, if we have a swimmer set in the blocks on a 50m freestyle race, he will initiate a movement in response to the audio stimulus of the starter?s pistol. We can?t look at this skill as an open one because the audio response can be rehearsed and therefore pre-planned. Because of that, we can say that audio reaction is not an open skill and certainly not an agility expression, though it includes a change of direction speed in response to a stimulus.

With all being said, we should move forward from the old model of agility like one being described by Chelladurai (1976) to the new one from Young and colleagues. Additionally, we should adopt a new definition of agility from Sheppard and Young (2006) that describes agility as a rapid whole-body movement with change of velocity or direction in response to a stimulus. By adopting an exclusive definition, the clarity and specificity of wording within the sporting community will increase. In other words, tasks are either accepted as agility tasks or they are not.

After we get it clear that agility and CODS are specific skills, the most critical question arises; which one of these skills is more important for enhanced sport performance? One of the ways to answer that question is to compare high and low-level athletes. If a superior-skilled group is better on a particular test, the quality assessed by that test can be said to be important for performance in the sport (Young & Farrow, 2013). Using such a research-design, several studies have shown the higher-skilled group to be superior in an agility test but not in a CODS test in Australia football (Henry et. al, 2011; Sheppard et. al, 2006; Young et. al, 2011) and rugby (Gabbett, Kelly & Sheppard, 2008; Serpell, Ford & Young, 2010). These findings are showing that agility is more related to performance in invasion sports than CODS tests, and therefore emphasizing the importance of the perceptual and decision-making factors that underlie agility. There are some agility tests that can actually isolate the decision-making time from total agility action. One uses high-speed video to determine the time from the stimulus to the tested athlete?s first response (Scanlon et. al, 2013; Gabbett, Kelly & Sheppard, 2008; Henry et. al, 2011; Young & Willey, 2010; Serpell, Ford & Young, 2010; Gabbett, Jenkins & Abernethy, 2011). Young & Willey (2010) showed that the decision time only represented 3.6% of the total agility time, but the correlation between decision time and total agility time was r=0.77. The correlation coefficient between the responding movement time and total agility time was r=0.59, indicating that the decision-making time was even more influential to agility performance than the movement that followed.

To conclude, even though it should be clear by now, a lot of practitioners in our field still don?t make a distinction between agility and CODS. One of the reasons is probably that coaches simply care too much about physical foundations of agility (i.e, the deceleration, directional change, and acceleration). We can see that these skills are very different tasks in nature due to the unpredictability and cognitive elements of agility, which is not the case in CODS tasks. Evidence shows that agility tests are better able to discriminate high from lower level athletes than CODS tests. It?s been shown that carefully designed strength and conditioning program can enhance CODS, but we can?t say that the same programs would be beneficial for agility. One can argue that athletes can?t express their potential on the field because of perceptual and decision-making factors that underlie agility. Finally, with all that being said, we should prescribe training programs that include this very important component. The most common way of addressing this is sport-specific SSG (small sided games) with creative tasks and agility-skill demands. Additionally, since the decision-making component is highly trainable (Young & Rogers, 2013; Serpell, Young & Ford, 2011), we can use different visual reaction tasks in our general and sport specific drills or just perform video-based cognitive training involving decision-making alone, without subsequent training modalities.