Can we really program conditioning programs to prepare soccer players for a full 90 minutes before hitting the pitch? How can we better prepare soccer players for the demands placed on them during gameplay to outplay their opponents? What are alternative forms of training to better mimic the dynamic movement patterns player?s experience that can be better translated to the field of play?

Soccer is a skill based, contact, high-intensity intermittent sport that involves the combination of all three of the energy systems, but primarily utilizes the aerobic and lactic (anaerobic) systems. Such requirements place great demands on the body?s ability to produce energy, maintain appropriate intra-muscular pH and temperature levels, and remove by-products of energy production (7). Player?s at higher levels of play have to be efficient in utilizing their energy systems to prepare them for the demands placed on them during play. The overall movement demands of the game (movement with/ without the ball, high speed running, accelerations, decelerations, change of direction, agility and positional requirements) impact the level of physical exertion and load that can be established. The more one can perform movements efficiently in the certainty and uncertainty of gameplay the better.

As a former collegiate soccer player that was exposed to these physical demands and was newly introduced to the realm of strength and conditioning and programming at that time, I always found myself wondering how can one fully prepare soccer athletes to be ready for the full game? As an outside back, I always found that no conditioning program compared to what I experienced during match play. Conditioning programs that I experienced involved a lot of linear based running or shuttle run without the ball with limited positional specific considerations. Granted that the majority of the gameplay movement is played without the ball. 2% of playing time during soccer competition is spent in possession of the ball (7). A player spends 98% of a soccer match positioning themselves to receive the ball or defend an attack (7). The movement demands that my fellow teammates and I had to perform weren?t fully addressed with these traditional methods of training. 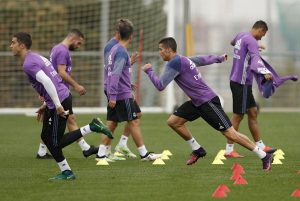 Programming for position-specific demands knowing that each position exhibits differences in the way they perform is something that can help coaches program for an individualistic approach. In this respect, positional role appears to have an influence on total energy expenditure in a match, suggesting different physical, physiological and bioenergetic requirements are experienced by players of different positions (6).

The positional setup that a sports coach uses has an impact on the demands that are placed on soccer athletes. The positional setups that are established are used to enhance the strength of the team and can change the demands of each position. Positional differences were detected in total distance covered and by high-intensity activities, suggesting the need to develop specific training programs in accordance to match demands (1).

In a study tracking the physical demands of top-class friendly matches in relation to playing position using global positioning system technology, Mallo et al. (2015) found in their study that center defenders ran the least but accelerated the most out of any position. Center midfielders ran the most but had the lowest sprinting distances in game play. Wide midfielders ran the greatest distance at the high intensities. And fullbacks, wide midfielders, and forwards covered the most distance at high running speeds. In another study done by Bloomfield et al. (2007) looking at the physical demands of different positions in FA Premier League Soccer cited that midfield players appear to engage in low to moderate intensity activity more frequently, and for longer durations and also being stationary for significantly less time than the other outfield players corresponding to the further distances covered than defenders and strikers (6). However, strikers have been found to perform the most maximal sprints and for longer durations, followed by midfielders and defenders (6). Defenders perform more backward movement than strikers with high intensity backward and lateral movement requiring an elevated energy expenditure of 20-40% in comparison to forward running (6).

One also has to also factor in the physiological aspects that goalkeepers have to exhibit to be successful as well. Goalkeepers don?t rely on the same energy systems seen by other field players. Out of the three energy systems, the phosphagen (ATP-PC) and aerobic (oxidative) systems are the ones that goalkeepers utilize the most. Keepers normally perform twice or even triple the amount of work in practice compared to games. Depending on the game they could be seeing a lot or little to no action. Goalkeepers must be agile, explosive and reactive when they have to make a save and be able to recover fast in case of a repeated event. Personalized conditioning sessions specifically for goalkeepers are needed to fit the metabolic demands displayed by their position.

Overall one could argue that an individualistic approach makes it harder to keep up with player?s, could be less time efficient and doesn?t build that team dynamic seen by everyone doing the same thing. But I could argue that each athlete?s ultimate goal is to get better in any way they can and they don?t care what kind of approach you take. Team dynamic is built during team practices when the whole team is training together to better prepare themselves for games & competition. Be creative and efficient in the way you take this approach to allow for a more time efficient and trackable way of training that addresses each player?s needs and demands. Make coaches and players buy into taking an individualistic approach, especially if it is the most effective way of training. Further exploring and analyzing what each position needs can better help coaches program specifically for their athletes to get the most out of conditioning sessions. Taking the time to implement progressive position specific conditioning sessions (maybe once during each Microcycle of training within the whole of the training period) could allow for a greater transfer of play when it comes to full soccer matches.

A lot of research has been done on the effectiveness of small – sided games on physical performance when it comes to match play in a variety of sports. Small ? sided games can offer both a conditioning and skills-based approach to training. The majority of the tactical & technical elements of play, in fact, occurs during practice sessions, but the implementation of these small-sided games can offer those same tactical elements with a greater focus on the movement demands of play compared to other forms of conditioning. Conditioning games may be the optimal training mode available to promote these adaptations. This sport-specific movement efficiency factor is likely to be underestimated by the 20-m shuttle test format, which requires only straight-line running and 180 turns (1). With small ? sided games one can manipulate the size of play, game rules and the number of players to a specific game that will produce a desired tactical, technical, and physical response.

To assess the physical demands of soccer, much attention is paid to activities completed at high-intensity. However, this approach is flawed because it fails to account for low-speed movements that are energetically costly and are a key feature of match play. For example, accelerations and decelerations, jumps, turns and physical contacts may be classified into low-speed activity, despite evoking high physiological loads (5). Small-sided games as a supplemental form of aerobic and anaerobic conditioning (depending on the rules, length & # of players on the field) can be a beneficial way in further addressing these major movements in the game. In high-performance sports, it has been well documented that the maximum benefits are achieved when the training stimuli are similar to competitive demands. In order to reproduce the physical, technical and tactical requirements of real match play (4).

In the study A Skill-Based Conditioning Games Approach to Metabolic Conditioning for Elite Rugby Football Players by Paul Gamble, he looked at the effects of utilizing the small ? sided games approach. Players participated in both team tactical practices and skill-based conditioning throughout the study. Skill-based conditioning games used in the study incorporated elements of soccer, netball, and gridiron. To track the athlete?s cardiorespiratory fitness progression heart rate (HR) was tracked during games to track and program intensities. Player?s HR max and % HR recovery (overall looking at changes in HR reserve) were also tracked on a weekly basis. Overall he found that skill based games offered players a greater intrinsic motivation. Improvements in tested HR recovery and HR max occurred and resulted in an increase in HR reserve. The skill-based conditioning games approach emphasizes movement specificity to a greater extent than do traditional conditioning methods. This is significant, as the more specific an activity is to the training mode in which endurance gains are made, the greater the degree to which these gains are expressed. The game’s format requires players to react to the movement of both teammates and opponents as well as to the movement of the ball. In this way, the conditioning games mode of training incorporates the changes in direction and velocity and the ??utility?? movements (lateral and backward locomotion) that are features of match play (1).

We are what we repeatable do and the more we do it the better it will transfer onto the field and in term increase performance. Using small-sided games with traditional based conditioning can offer athletes a more game-like stimulus that will help in the cognitive/ motor patterns of play. Utilizing this form of conditioning can also give coaches more insight in how athletes may be moving ineffectively, which can further provide coaches with an opportunity to coach up bad movement pattern that could lead to possible injury.

In summary, there are a good amount of studies are out there on the alternative forms of conditioning that can help facilitate physical performance. Further thinking about what demands are needed for athletes will help in programming. The incorporation of alternative forms of conditioning in combination with traditional training could be a possibility to enhance performance. Positional conditioning can offer an individualistic approach to help stimulate needed positional demands for players. Small – sided games although not as effective in utilizing high speed running demands of a sport can be used to work on aerobic fitness and cognitive/ movement demands of the game. Conditioning programs overall must be progressive and provide athletes a stimulus to further adapt too. By manipulating the controllable factors such as distance, time, volume, work: rest, and mode of training (linear, change of direction, small sided games) while taking into account what specific positions may need and the movement demands of the sport could further help players one up the opponent and be ready for the 90 or 90+ (overtime periods) minutes of play.